New Delhi/IBNS: Creativity Art Gallery of Delhi is hosting a solo exhibition titled ‘The Invigorate Masterstroke’ consisting of paintings by late artist Dipen Bose and curated by Paramita Sarkar.
Born in Calcutta (now Kolkata), West Bengal in 1921, Bose started to paint after giving up his job in the Central Excise, Calcutta, around 1947.
In 1953, the Union government presented one of his paintings was presented to the President of the Federal Republic of Germany
Bose also wrote articles on art in newspapers and journals.
Inspired by Indra Dugar, he moved towards traditional Indian Art, French Impressionism and Chinese Art.
He sought inspiration from Jain and Kangra paintings, far Eastern Art and even impressionism, resulting in a style akin to Bengal School. 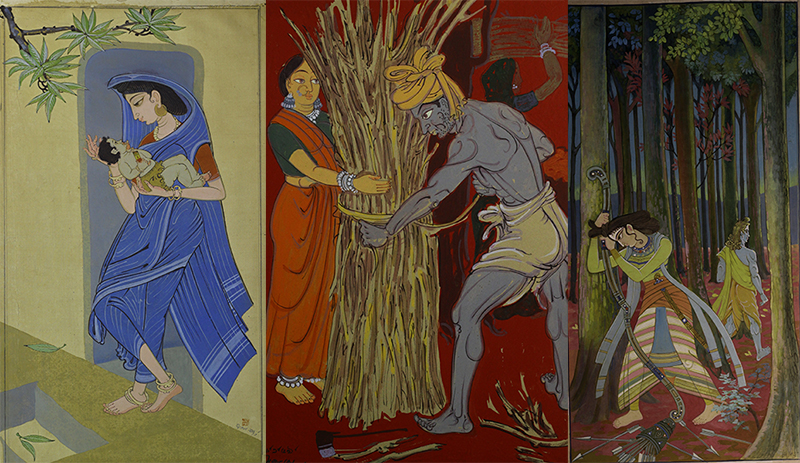 It was exactly at that time when Zainul Abedin, Chittaprasad, Rathin Maitra, Prodosh Dasgupta were drawing on the reality of human sufferings around them while Bose quietly stood apart and painted from imagination.
Said Shekhar Jhamb, Director, Creativity Art Gallery, “Not every day we get an opportunity to relive the lives of legendary artists who changed and shaped Indian art. Bengal School was an art movement and a style of Indian painting that originated in Bengal, and flourished throughout the Indian subcontinent, in the early 20th century. One such master was Dipen Bose, a student and friend of Nandalal Bose and Indra Dugar.”
According to Jhamb, Bose’s artworks indulged in the usage of indigenous material such as tempera, a limited palette with vibrant colours, lead pencils, and watercolours. 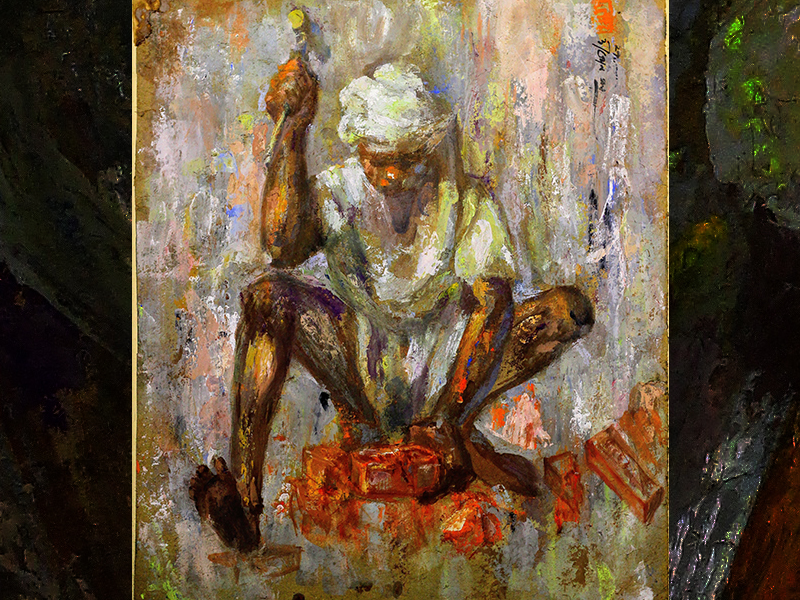 Wrote curator Sarkar in her note, “Bose was a self-taught artist with no academic training in art. But inspired by his grandfather Nagendra Bose, he learned the oil painting technique from renowned artist Debiprasad Ray Chowdhury.”
The body of paintings being exhibited have been sourced from the family’s personal collection.
What and where: ‘The Invigorate Masterstroke’, an exhibition of paintings by late Dipen Bose at 6 Hauz Khas Village, New Delhi  110016, hosted by the Creativity Art Gallery; between noon and 7pm until September 24, 2022.
(For promotional media collaborations with our multiple portals/publications, write to indiablooms@gmail.com / sujoydhar@gmail.com. 👉 Media Deck)