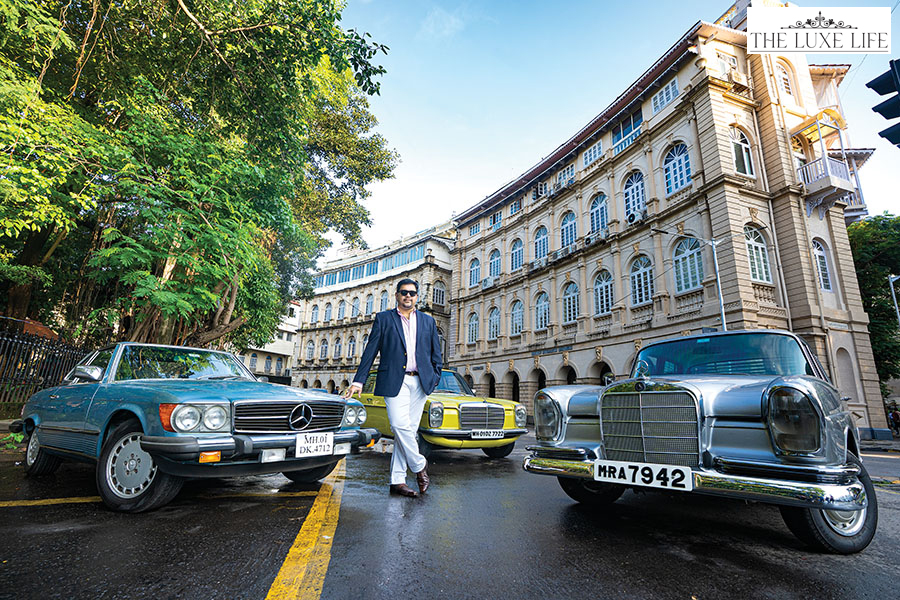 Mumbai-based Kapil Kuwelker has bought and restored cars that he admired when he was growing up Image: Neha Mithbawkar for Forbes India

In mid-2020, Kapil Kuwelker, founder and CEO of Cirrius Technologies, decided to buy a classic car. He was always interested in cars, but the pandemic—with its resultant work from home and respite from the two-and-a-half hour commute—gave the Mumbai resident time and space to pursue some of his old interests. “I was always passionate about cars, especially classics, so I decided to use my spare time and some surplus funds to buy and restore a classic Mercedes-Benz.” He took delivery of it in early 2021 and in the year-and-a-half since then, what started as a one-time experiment has turned into a series of classic car acquisitions—all Mercedes, from the 1960s to the early 90s—the purchases driven by a mix of nostalgia and passion.

“It’s a brand I admired as a kid, so there is nostalgia and an emotional connect,” he says. And even though he has no intention of selling them, (“I always say these will go with me to my grave,” he says), the other motivation is, of course, that these cars hold and often appreciate in value. “You can’t compare it to an investment per se, but you can definitely look at it as something where your money will remain safe. Though more than the notional appreciation, it’s the time capsule experience that brings a smile to my face.”

Classic cars have for long been a part of passion investments among the rich and among collectors, but social media awareness, the formation of car clubs and communities, and increasing opportunities to get the cars out regularly are driving further interest in them. According to an attitude survey conducted by Knight Frank’s The Wealth Report 2022, 11 percent of the investable wealth of Indian ultra-high net worth individuals (UHNWIs, whose net worth is $30 million or more) is allocated towards passion-led investments against the global average of 16 percent, and about 29 percent of Indian UHNWIs spent more on passion investments during 2021. Joy of ownership scored above investment returns, and was marked as the driving factor to collect investments of passion by the Indian ultra-rich.

The report adds that art was the most preferred investment by Indian UHNWIs, followed by jewellery and classic cars while luxury handbags and wines slipped from their earlier first positions to 5th and 7th respectively in 2021 (see table).

People have always been interested in classic cars, says Mumbai-based Kaizad Engineer, who restores, invests and trades in vintage and classic cars, and this interest had been on an incline even pre-Covid. “The change post-Covid is that since people have missed out on an entire year in their life, they are pushing towards getting something they have always desired. And they are probably spending a little more than they would generally,” he says. Unsurprisingly, post-Covid, time is also of essence and people are looking to buy ready cars rather than go through the waiting period of restoring one. “The trend right now is people want ready cars to just buy them, and use them and be seen in them,” says Engineer.

Classics and modern classics like Japanese cars from the 70s and 80s, American sports cars and German cars are popular (as a rule of thumb, early cars are referred to as veteran; pre-Second World War cars fall in the vintage category and the ones after into classics and modern classics). “Vintage cars are difficult and more complex to drive, but classics from the 70s and 80s, especially Audis and Mercedes-Benz models, are still modern, and can be driven like regular cars, so a lot of young people are going for these modern classics, as they can relate to them better,” says Srinivas Krishnan, communications professional and commentator on the automotive sector, who owns a 1960 VW Beetle.

And for collectors, as with art, so it is with cars—there has to be resonance and an emotional connect. “You buy art or a car to fill a hole in your soul rather than as an investment,” he adds. 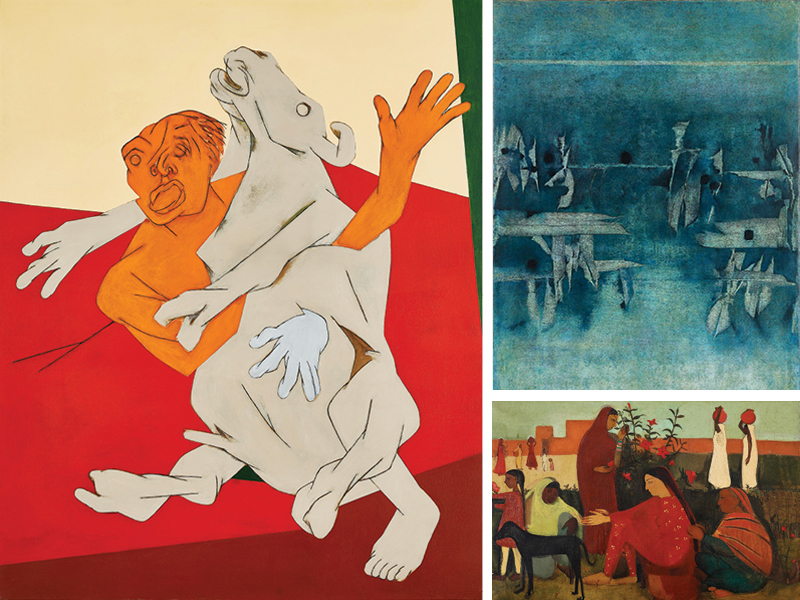 The three most expensive works of art in FY22 were (top) V S Gaitonde’s Untitled 1969, oil on canvas, ₹42 crore; (above) Amrita Sher-Gil’s Untitled 1938, oil on canvas, ₹37.8 crore; (left) Tyeb Mehta’s Untitled 1995, acrylic on canvas, ₹32 crore Image: Saffronart
Check out our Festive offers upto Rs.1000/- off website prices on subscriptions + Gift card worth Rs 500/- from Eatbetterco.com. Click here to know more.
(This story appears in the 04 November, 2022 issue of Forbes India. To visit our Archives, click here.)
For hassle free instant subscription, just give your number and email id and our customer care agent will get in touch with you
OR
click here to Subscribe Online
The blockchain node chain launched by Google creates hype
Visa is ready to get more involved in the crypto space after its recent investment in CryptoPunk
Despite the bear market, crypto continues growing as its adoption rate increases
Web3 data-storage solution by Filecoin for carbon offsets
Why brands are betting big on fashion designers
Air India has some serious ambitions for a turnaround in five years. Will its plan work?
Will Twitter, under 'free speech absolutist' Elon Musk, dig in, in India?
Photo of the Day: Prepping Yamuna
How the 101-year-old Obeetee is redefining weaves and carpets for Indian homes
Decarbonisation may impact Indian household spending and jobs: McKinsey & Company report
Credit Suisse launches radical overhaul to stabilise bank. Will it work?
How Elon Musk financed Twitter takeover: Loans, investments and piles of his own cash
Will private investments in climate action projects become a game changer?
Inside the world of bespoke private jet tours that could rewrite how the rich travel and holiday
Elon Musk fires CEO Parag Agrawal as first move since taking control of Twitter